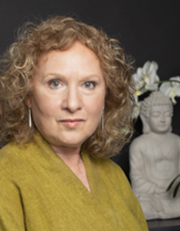 Zeida Rothman has been practicing meditation globally for over 40 years. Her first teacher was Nisargadatta Maharaj in Bombay, India, where deep seeds of reality were planted. In 1983, she ordained as a Monastic Nun in the Burmese Buddhist tradition. She has sat 15 three month silent retreats at monasteries and meditation centers around the world.

In 2000 Zeida met spiritual teacher Adyashanti and shortly after he suggested she share the Dharma with others. Since then she has been freely offering weekly ongoing small groups in Berkeley. These groups are for those who would like to deepen in living the truth of who we are in daily life and have close one on one guidance. She is the founder of the Center for Non-Dual Liberation.