Adyashanti (whose name means “primordial peace”) is an American-born spiritual teacher who has been teaching for more than 20 years. His teachings include evening meetings, weekend intensives, silent retreats, live internet broadcasts, and online courses. He has taught throughout the US and also in Canada, the UK, the Netherlands, Denmark, Switzerland, Germany, and Australia. More than 30,000 people in 120 countries are connected to his website through free email subscription. He is the author of ten books. 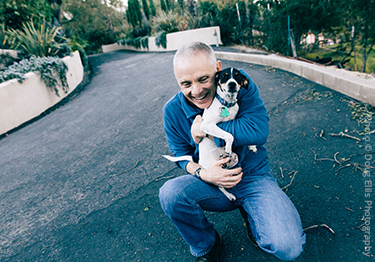 Born Stephen Gray in 1962 in Cupertino, California, Adyashanti grew up as an athlete and competitive bicycle racer. At age 19, he became interested in enlightenment, began to meditate, and became fully absorbed in a quest for ultimate truth.

At age 20, he began studying Zen Buddhism under the guidance of Arvis Joen Justi, whose teacher was Taizan Maezumi Roshi. During that time, Adyashanti also attended long retreats with Jakusho Kwong Roshi (a disciple of Shunryu Suzuki Roshi) at the Sonoma Mountain Zen Center. While working at his father’s machine shop, Adyashanti built a meditation hut in his parents’ backyard and began meditating two to four hours a day.

At the age of 25, while meditating one day, Adyashanti felt what he has described as “an incredible onrush of energy.” This was his first awakening, followed by an inner voice that urged him to “Keep going.”

When he was 31, soon after marrying Anne Marie Gunning (now a spiritual teacher known as Mukti), Adyashanti had another profound awakening and experienced the realization of his true nature. This condition of living as awakeness continued, and in a few months Arvis Joen Justi asked him to start teaching.

In 2000, a US nonprofit organization, Open Gate Sangha, Inc., was established to make available the teachings of Adyashanti to all those who sincerely yearn for peace and freedom.

Adyashanti’s books, with translations in nine languages, include Sacred Inquiry, The Most Important Thing, The Way of Liberation, Resurrecting Jesus, Falling into Grace, The End of Your World, True Meditation, Emptiness Dancing, My Secret Is Silence, and The Impact of Awakening. Open Gate Sangha has published more than 100 DVD videos and 800 audio recordings of evening and weekend events, online courses, and complete retreats. In addition, he has broadcast more than 130 free live internet audio and video programs.

Today, Adyashanti offers teachings that are free of any tradition or ideology. He says, “The Truth I point to is not confined within any religious point of view, belief system, or doctrine.” His teachings are an open invitation to stop, inquire, and recognize what is true and liberating at the core of all existence.

Adyashanti lives in the San Francisco Bay Area with his wife, Mukti.