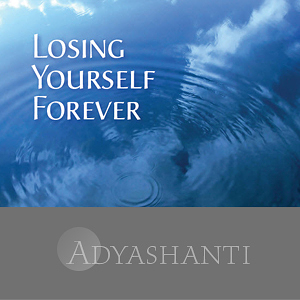 In these two landmark retreat talks, Adyashanti reveals a teaching that he senses will become relevant to more and more people within spirituality over the next decade. Although we may realize that there is no separate self, the lived experience of no-self is fundamentally different.

In CD1, Adyashanti illustrates how the illusion of self is a movement of self-reflective consciousness, and how maturing spiritually involves a cessation of this arc of self-consciousness.

In CD2, he expands on the experiential journey of awakening where we fully dissolve any boundaries of ego, self, and God identification and experience no-self beyond all notions of bliss, oneness, and freedom.

CD 1: The End of Self-Reflection

"The fusion of self-reflective consciousness and mind activity is what produces the illusion of the separate and personal self."

"Self-Awareness emerges in exact proportion to how much self-consciousness ceases."

"Essentially what's called for is just an intuitive inner attention to that boundless space -- even in the midst of the egoic contractions."

"As long as you're trying to get rid of the content (of body-mind), no matter how well intentioned you are, you're actually strengthening the sense of self."

"One of the keys to experiencing freedom with consistency is when your ego stops insisting it be experienced in the way it wants to be experienced."

"At a certain point the ego will have to directly encounter its own powerlessness."

"If you want the preferable thing, go for the transparent, unified, oneness, nondual self, because that's where all the goodies are."


Please Note: The recordings on this album were originally published in retreat CD albums and download sets recorded in February and April 2012. They explore similar themes to those included in the 5-Download set, "The Evolving Edge."

Recorded live on retreat in Watsonville, California, on February 5, 2012, and in Hendersonville, North Carolina on April 4, 2012.