The Quiet Dimension of Being 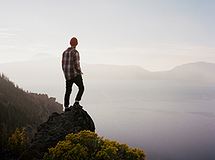 What we think of as spirituality is not limited to what we think spirituality is. Spirituality is innate to being. It’s to be involved in the enigma of being. It’s to crack that nut, to open up that mystery. I think so much of deeper spirituality begins when we finally have the maturity, whether it comes at five years old or ninety-five years old, when we have whatever it is that causes us to recognize how deeply and profoundly we are a mystery unto ourselves. You have to have a little gap in your constant judging and condemning of yourself to feel the mystery of yourself. You have to suspend judgment for a moment. It’s a very unique and pivotal point in someone’s life. This is the contemplative endeavor. It’s diving into the mystery of being.

Meditation, whether it’s done in a meditation hall or while you’re sitting on a porch in your front yard, is actually entering experientially into that enigma of being—not just to think about it and philosophize about it, but to actually enter into it. It’s not very far to connect with the mystery of being. It’s right there under the surface. When I started to notice all of this in my twenties, it was a weird thing, because when you get involved with spirituality, you get all these ideas of what a spiritual person is, and I didn’t seem to fit the model. The model of a spiritual person didn’t seem to be a highly competitive athlete who would run over your grandmother to win the next race. That’s not in the sacred scriptures. Someone like that does not receive the deeper spiritual insights, you might think.

The nice thing is that when you’re young, sometimes you don’t even put spirituality in a category. It’s not spirituality, it’s just life. Sometimes life shows up in an odd way, and all of a sudden your experience of it is very different. Maybe you feel deeply connected, or you seem to disappear into nothingness, or you seem to have a moment of connection with God that’s unusually profound and touching and life changing. Or maybe you sink into some spontaneous samadhi where you lose all connection to your senses, and everything disappears, and you’re like a point of consciousness. There are many, many different ways that the deeper dimension of being shows up.

I think it’s useful to think of spirituality in the most natural possible terms. Spirituality is just natural to a human being. It’s even natural to atheists. If you could listen to scientist Carl Sagan in his mystical awe of the cosmos, it was like listening to a mystic half the time, in rapt awe of the beauty of existence. He was a scientific materialist, but that was his doorway into experience, connection, and awe. He was somebody who didn’t believe in God, but he had a deep experience. Clearly his investigations brought him into something akin to a kind of religious or spiritual awe.

I mention naturalness because the sense of the naturalness of true nature or awakening to true nature is not just religious, and it’s not just spiritual. You can even have atheists who are deeply participating in a way of being that connects them to a greater dimension of being. So clearly, this is something that’s innate in all of us. And if we would just go immediately to whatever our felt sense of our own mystery of being is, just to dip for a moment underneath the evaluations, the ideas, and the judgments of being, it doesn’t take much attention—a moment, really—to connect with the sense of being this extraordinary, conscious mystery.

Of course, we don’t want to just leave it at that. There’s something deeper in us that wants more than simply to leave it all as a mystery. I’m suggesting that that’s the entry point. If you forget that entry point, you can do decades of meditation looking for something that’s actually completely innate. And so in the old, universal teachings among the esoteric inner dimensions of most spiritualities, the suggestion is to just go into that place where everything is an unknown.

Open to the unknown. Experience the unknown. Just stop for a second. There’s so much about you that’s unknown to you, it’s mind-boggling. What is it that’s walking, living and breathing, wanting what you want and not wanting what you don’t want? What is it that wants God or awakening or enlightenment, or just a little more peace and happiness in a troubled life? Every time we say “I,” what do we actually mean? We’re giving voice to something that’s immense, and the capabilities are astonishing.

From The Quiet Dimension of Being, 2019

The U-Turn of Consciousness 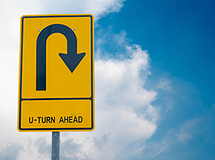 Strictly speaking, we can’t actually want what liberation is. We can’t want it because we can’t know it—we can’t project an idea onto it. You can’t describe it. I call it pure potentiality. That’s as close as I can get, because a big “void” experience is actually a projected idea of what pure potentiality is. That’s what I call eternity. Pure potentiality is complete nothingness. Because it’s pure and it hasn’t become form, it’s often thought of as a void, but not a void of emptiness because it’s also not spatial. All of our ideas of emptiness and void and big expanses of sky and space are not it either, because all of those are spatial references. It’s not in time and it’s not spatial, so you really can’t say anything about it. You’re stuck in a place of divine ignorance.

Some people have actually called it a state of divine ignorance because you can be something that you can’t know. Meister Eckhart sometimes called it “unknowing knowledge.” Unknowing knowledge is like when that immensity—not the “me,” but that immensity itself—has a recognition, “This is what I am.” But beyond that, it can never know itself more than that, because there’s no experiential quality to it. That’s why I say that the deepest impulse is paradoxically beyond rationality.

As I’ve seen over the years, many people have bumped up against this. They’ve had an experience, dipped their toe in, gone to the other side to some extent, and were pulled back. Usually it’s just an automatic response, a survival instinct. But I guess if you wanted to think of it as a benefit, the benefit is that the nonconceptual knot—the ultimate root of what both ego and self are—that knot lets go. And when that knot is even starting to let go, that’s when you feel like “I’ll be annihilated.” Because when that knot lets go, it’s not a knot anymore, and everything it’s ever known about itself was some version of contractedness. That knot, that contractedness, is just falling out of experience.

This knot lets go throughout one’s whole being, and a tremendous lack of self-consciousness is what comes along with it. You lose your inner world.

By inner world I simply mean that the gaze of consciousness or the gaze of awareness is trying to get us to pay attention. There’s part of consciousness that’s dedicated to what we’re doing, and then there’s a piece of it that is constantly doing a U-turn. It’s looking back inside. It’s always saying, “Well, how am I doing? How do I like this? How is this working out for me?” It’s the thing that refers back. The self is that contracted turn, and what it reflects back on is what we call ego.

So first you see through ego. And then you see through this self-turn. Then what’s inside when there’s no ego (if only temporarily), when it’s very mature, is a totally unified inner experience of being. When it goes to the ground of being, this arc straightens itself out, because what it was looking at is what falls away.

When it falls away, you’re no longer pulled, attracted, obsessed. The arc of consciousness straightens itself out, and then there’s just one thing going on all the time. Because the thing that we were turning in toward was produced by the imaginary qualities of self. We grow out of that just like we grow out of infancy. And when we grow out of that, it just falls away. As far as I can see, that’s why the Buddha used the word “nirvana,” which was like blowing out a candle flame. The definition of his enlightenment experience was something being blown out. It wasn’t the addition of anything, it was the subtraction. Something just stopped happening. And that’s what I call one’s inner world.

When consciousness is straightened out, it’s not like it’s no longer in touch with life—it’s just in touch completely directly. The intermediary falls away. There’s nothing to look at anymore and then you’re very in touch, actually. What you’re in touch with is fluid. There’s something extraordinarily affirmative and affirming about it. It’s far from negative.

Nobody even has to look for it. At some point you’ll start to be drawn in there. It can even happen to people who aren’t spiritual at all. Because in the end, we’re talking about the ground of our being. We’re talking about our truest and real nature. There’s always a thread that’s inclining you in that direction, even when you don’t know you’re being inclined in that direction.

Reality is reality in the sense that it’s not becoming. It’s not changing. In one sense, it’s not evolving. And at the same time, one’s human capacity to embody it is changing and evolving and growing without end. Because we’re actually embodying something that’s the infinite ground of our being, there’s no end to how deeply and fully it can be embodied. And that’s a continuous journey. Even Buddha is still becoming Buddha, but the difference is not becoming in the sense of looking for completion—just the adventure, the endless wondering, “How accurately can this be embodied?” And there’s no endpoint.

We get foretastes of it all along the way, those little moments when you bump into your own nothingness, when you can’t find yourself and yet there you are. There’s nothing to chase. And remember, it’s all good. It’s all natural. There’s really nothing to fear.

From Adyashanti's Tahoe Retreat, May2018