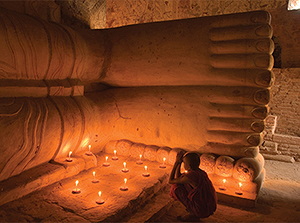 This exceptional 3-download set is a compilation of Adyashanti's most powerful and transformative teachings on the subject of fear. The illusion of fear is one of the primary ways that we avoid awakening. As we get close to realizing our true nature, and even after awakening, fear can immobilize us. We may fear losing control or not existing, or be terrified by the vastness beyond our limited view. Yet on the spiritual journey, fear can point the way toward a deeper realization and freedom—but only if we truly understand it.

With an extended talk on the illusion of fear and in-depth explorations of how fear manifests before and after awakening, Adyashanti sheds light on these and other compelling topics: