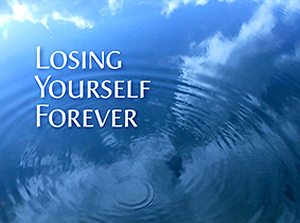 In these two landmark retreat talks, Adyashanti reveals a teaching that he senses will become relevant to more and more people within spirituality over the next decade. Although people may have the realization that there is no separate self, the lived experience of no-self is fundamentally different.

In the first talk, Adyashanti illustrates how the illusion of self is a movement of self-reflective consciousness, and how maturing spiritually involves a cessation of this arc of self-consciousness.

In the second talk, he expands on the experiential journey of awakening where we fully dissolve any boundaries of ego, self, and God identification and experience no-self beyond all notions of bliss, oneness, and freedom.

Topics Include: Realizing vs. Living No-Self / The End of Self-Reflection / The Portal to True Emptiness / Popping the Bubble of I Am-ness / Stillness in the Hurricane / The Ultimate Non-Experience of Being

Please Note: The recordings in this album were originally published in retreat CD albums and downloads sets recorded in February and April 2012. They explore similar themes to those included in the 5-Download set, "The Evolving Edge."