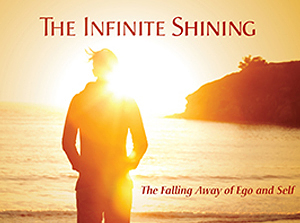 It is a common mistake in spirituality to see ego and self as being identical -- yet actually these are two distinct ways we identify with existence. In this 4-download set of four powerful talks given at the silent retreat in November 2010, Adyashanti maps the territory of the spiritual journey in which both ego and self fall away. He points out vital facets of both transcendent and immanent awakening that lead to a complete dissolving into the infinite field of awareness that's always shining.

Topics Include: Distinguishing Ego and Self / Leaving Your Garden of Eden / Engaging Your Humanness / Beyond the Beauty of Union / Disappearing into Nothingness / The Infinite Shining

Please Note: The recordings on this download were originally published in the 15-CD album (Vol. 20) from the Mount Madonna Retreat in Watsonville, CA in November 2010.