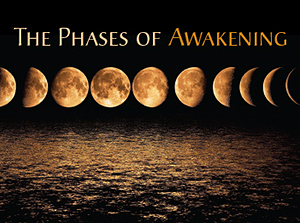 Although there isn't an absolute linear progression, there are common evolving states of consciousness that people encounter along the spiritual journey. This lucid retreat talk offers Adyashanti's direct guidance on recognizing transition points, stuck places, unconscious patterns, and apparent ending places that eventually give way to a mature integration into the fullness of being.

“The first movement beyond egoic consciousness is the realization of the witness.”

“If you’re deeply absorbed into spirit, you will literally perceive and feel the entire world of form to be illusionary and unreal.”

“When our true nature finds its true place of sovereignty within us, it restores us on a human level to a level of dignity.”

Please Note: Formerly on CD with the same title. Also, the recording on this download was originally published in the 15-CD album (Vol. 29) from the Asilomar Retreat on Nov. 25-30, 2012.