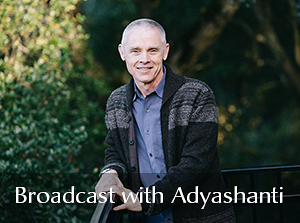 Almost everyone on a serious spiritual journey goes through trying times, inwardly and outwardly, with difficult and dark emotions, often referred to as “the dark night of the soul.” In this cohesive and articulate 90-minute talk without dialogues, Adyashanti sheds light on several types of dark-night experiences and reveals the hidden power within them. He also distinguishes between these deeply emotional experiences and classical depression.

"You’re being pulled into something deeper. You’re being weaned off of the surface level of ego enjoyment.”

“Whatever wants to reveal itself, you are the conscious presence in which it arises. You are the light that it is seeking. You are what is calling it out of its hiding.”