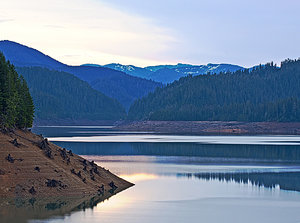 In this foundational guided meditation from the August 2013 Mount Madonna silent retreat, Adyashanti reveals the three vital commitments to meditation that support your system to completely relax and access the openness of true being. (This 30-minute meditation includes a guided meditation followed by a period of silence and a bell.)

Quotes from this Download: “If we don’t know what we’re committing to, then meditation can be quite haphazard.” • “Stillness really means to be in a state of nonresistance.”

Recorded during the Mount Madonna silent retreat in Watsonville, California on August 5, 2013.
© 2013 by Adyashanti. All rights reserved.