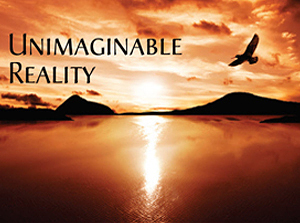 Most people's experience of living is driven by mind consciousness. We receive signals through our senses and then interpret these inputs by forming an imagined perception of whatever is happening. Yet there is a pure consciousness that exists prior to mind consciousness that has the extraordinary power to liberate us from the mind's fabrication of reality. In this highly-regarded talk and guided meditation from the March-April 2011 retreat, Adyashanti helps awaken us beyond our sensory perception to this innate, unmanufactured consciousness where we directly experience the beauty of life as it truly is.

"To be freed from the label you have of yourself is the only way to experience yourself as you actually are."

"If you see a jackhammer without your mind, then the jackhammer has its own majesty. Our mind believes a jack hammer is annoying but it's not. Mind is annoying."

"There's a difference between seeing something as not ultimately real and pushing it away with the thought, 'This is not real,' which just becomes another part of the delusion."

"When you're awake, the world is awake."

Please Note: These recordings were excerpted from the March-April, 2011 Mt. Madonna Retreat 20-CD album and the Retreat Guided Meditations download set from the same retreat.

Previously available as a 2-CD Album with the same title.