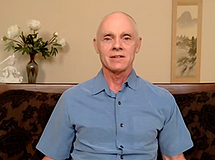 Natural SilenceVIDEO
Like
×
The Human Element of Awakening
From: The Wide Expanse of Enlightenment
Loading the player... 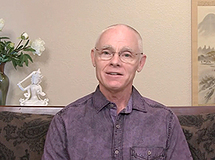 The Human Element of AwakeningVIDEO
Like
×
An Inherent Ease
From: The Way of Effortless Effort
Loading the player... 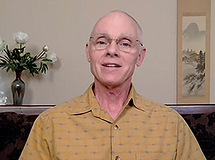 An Inherent EaseVIDEO
Monthly Selected Subject: Spiritual Awakening
Like
×
The Fundamental Realization
From: A Fluid Harmony with True Nature
Loading the player... 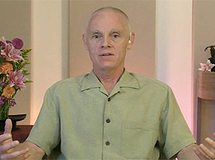 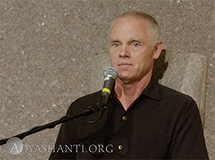 Awakened Consciousness VIDEO
×
Ever Present Awareness From: The Freedom of Not Knowing 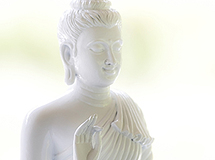 No Longer Finding Self in Identity

I’ve been asked many times, “Adya, I’m experiencing this strange sort of fear, like I’m at the door of some void, and it’s just going to swallow me. And somehow I’m strangely, deeply compelled towards it, and absolutely terrified of it, because it feels like it’s going to be the end of me.” It’s very common in doing this kind of deep work that you can run into this.

Ultimately, in the end, we see through self, but at that point, self isn’t a thought and it’s not really a feeling, except for fear. It’s something you can’t identify, like some sort of presence of being that feels extraordinarily threatened. When this really opens up, you quite literally experience the disappearance of everything you know. It seems like the body, the mind, the entire world—all of existence blinks out of existence.

In a certain sense, the most real sense that there can be, you actually do go through a death. It’s not the same thing as a near-death experience—as transformative as those can be—it’s a death experience. It’s the thing we’re afraid of, because you think of your body dying, which is what most people are afraid of. But you’re only afraid of your body dying because you think that you are associated with the body. What is it that’s associated with the body? It’s you.

My hunch is that when the Buddha associated nirvana with extinction and cessation, this is what he was talking about: to yank identity up from the root. Because until then, it is the journey of identity: “I’m me”—whatever your sense of yourself is—“Oh, I’m not, I’m the aware space.” And then you have emotional identities: “I’m this open, wide, loving, benevolent presence. That’s what I am—beautiful.” Or “I am That—everywhere I look, there I am.” Or if you’re a little bit differently oriented, “Everywhere I look, there’s the face of God. Okay, now that is what I am. I’m a son or daughter of God.”

The fear of it is that it is the death of identity, which is almost impossible to contemplate. The journey is that the identity gets more and more transparent and boundless, until finally identity itself falls away. Then the question “What is it that I am?” is no longer there—not because you have an answer, but because identity is no longer relevant.

In conventional language, you may give it a name like “the infinite.” I call it “pure potentiality.” There are different ways the void is talked about, and this is one of them. Pure potentiality would necessarily be void if it’s pure—no manifestation at all—pure potential, pure creative impulse.

When the Buddha says “enlightenment,” one way of articulating it is that it’s the freedom from identity, from having to be or not be anything. Does that mean you no longer experience the oneness, being everything, seeing the face of God, your true being, or Buddha nature in everything? No, that’s still there. Things are still there, but there’s no longer identity in them. I don’t really know how to describe that, because the nature of it is beyond description. You can’t even think about it. It’s the borderline between being and nonbeing.

So this is just part of the journey: awakening at the level of mind, heart awakening to the unity of all things, and each one of these provides more spaciousness and openness. Your sense of yourself gets more and more transparent, therefore there’s less to defend. There’s less necessity to assert yourself in the world, which doesn’t mean you are not an assertive being. You can still be a very assertive being.

How does all that translate down into your human experience? There’s still a human being there. The human being hasn’t started to glow and become incapable of any stupidity. It hasn’t suddenly become God’s shining example of utter perfection. Each dimension of being exists within its own dimension.

In my experience, what it does is it frees these dimensions up so they’re no longer in conflict, and life is no longer about protecting and asserting a kind of ego structure. It’s about something different. There are still other dimensions of our humanness that need attention if we want to be able to function well and have what we’ve realized be able to flow out into all the dimensions of what it is to be a human being.