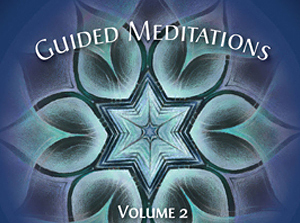 As a sequel to the popular Guided Meditations, Volume 1, this 4-download set contains four more powerful guided meditations led by Adyashanti during live events. These selected meditations focus on dissolving any illusory sense of self/division and bringing to light a more conscious recognition of the unification of all existence. Meditation topics include:

Please Note:  These meditations were selected from previously released recordings of retreat guided meditation download sets and the CD album, "The Nature of Illusion." Each meditation includes a guided meditation followed by approximately ten minutes of silence and a bell.